A Broncos trainer and coach Kevin Walters have both moved to dismiss claims there is a culture issue at Red Hill despite back-to-back alcohol-related incidents.

The spotlight is on the glamour club as it makes headlines for all the wrong reasons after a hotel scuffle between prop Payne Haas and halfback Albert Kelly was released on social media.

Then, following the weekend’s heavy loss to the Warriors, the club was forced to take internal action after skipper Pat Carrigan breached club rules by drinking alcohol after the match despite being injured.

Carrigan suffered a grade two strain of his MCL and will require four two six weeks of rehab before returning to the field. 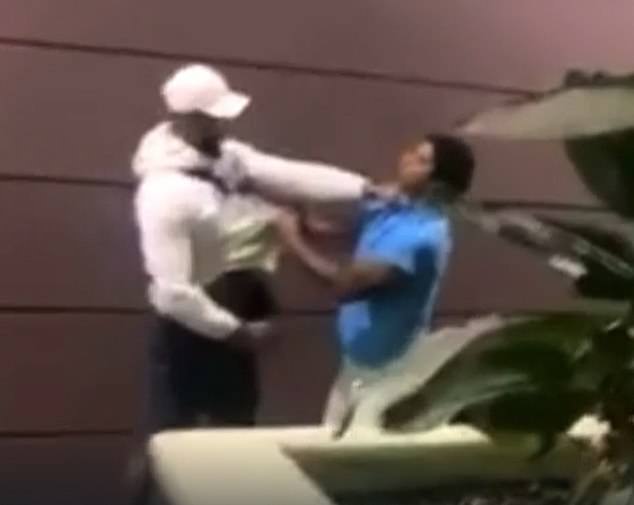 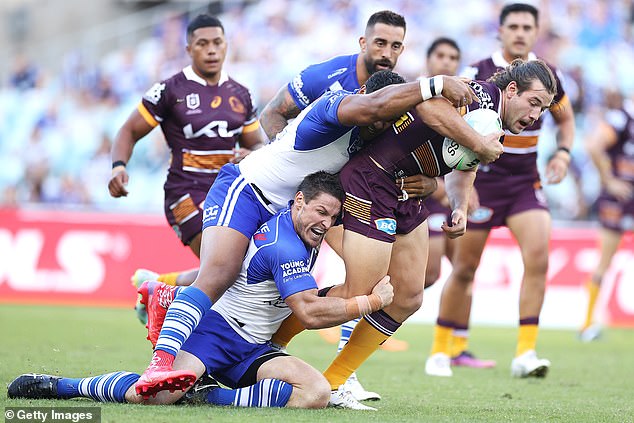 Broncos captain Carrigan will be missing for the next four to six weeks after hurting his knee against the Warriors. He has landed in hot water for drinking alcohol after the incident

Legendary trainer and amateur boxing champion Mark Burgess was at the club during the 2000 premiership year and rubbished claims there was a cultural issue today, instead saying the club is just under more scrutiny.

‘The Broncos’ culture today is 10 times better than Brisbane’s culture when they won the comp in 2000,’ he told the Courier Mail.

‘I was at the club back then under Wayne [Bennett]. The Broncos players as a collective today are more accountable and under way more scrutiny.

‘We had a number of Broncos players get into fights 20 years ago that never saw the light of day because there weren’t mobile phones and the constant scrutiny.’ 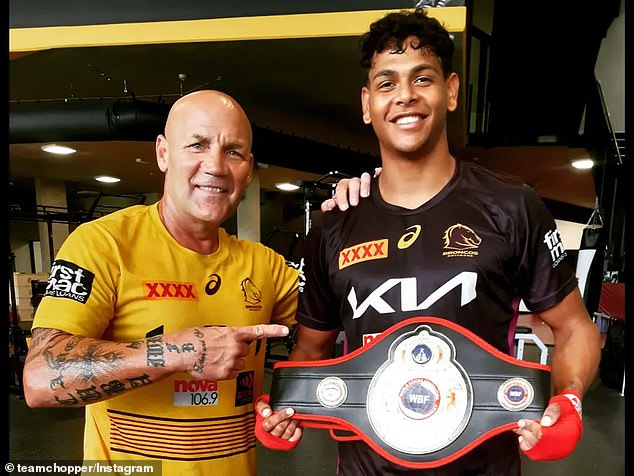 Noted hardman Mark Burgess has returned to work with the Brisbane Broncos. He is pictured with rising star Selwyn Cobbo who is also a boxing champion.

Burgess added that far more serious incidents occurred in 2000 but they went unreported.

‘I remember two big-name players getting into a massive punch-up at a golf day in front of sponsors and it never made it into the media,’ he said.

‘Today’s Broncos are choirboys compared to the squad the year they won the premiership in 2000.’

Walters also insisted the Carrigan incident is not a sign of poor culture at the club.

‘There’s going to be some minor hiccups here and there, we’ll deal with them internally and get on with things,’

‘I wouldn’t say it keeps happening; it’s one or two incidents over 12 months and all clubs face these challenges, not just us.’

Both Haas and Kelly are facing suspensions of up to two weeks pending the completion of the police and NRL investigations into the incident.

Carrigan has been dealt with internally, but Walters would not reveal if that includes a fine. 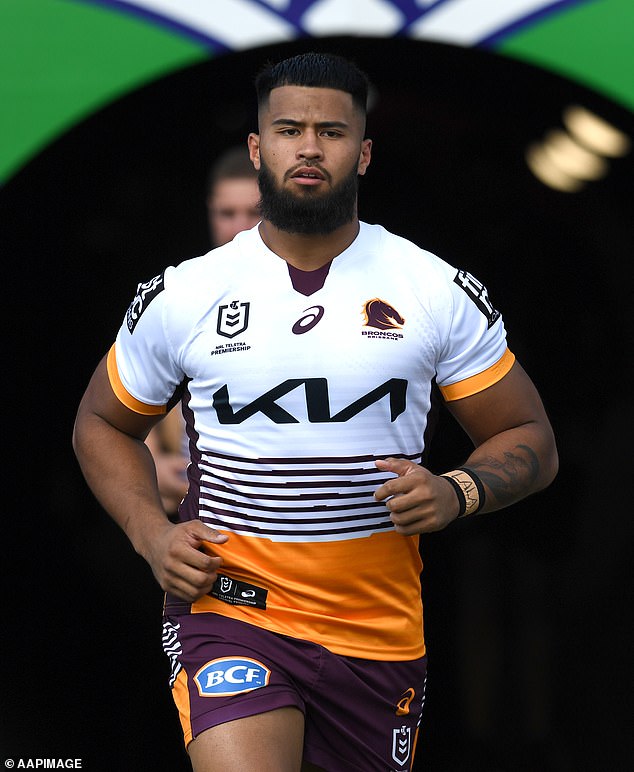 Hass is facing a two-week suspension for his role in a scuffle with Kelly. The club remains optimistic he will still re-sign with the club with a massive deal on the table for the rep star.

The Broncos collected the NRL wooden spoon for the first time in club history in 2020 and finished 14th in 2021. The club is currently sitting outside the NRL top eight after heavy losses to the North Queensland Cowboys and New Zealand Warriors.

The timing of the Haas/Kelly incident could not be any worse, with the Broncos desperately hoping their star forward will accept a new deal believed to be worth almost $6 million.

‘We definitely want to keep a player like Payne.’ Walters said.

‘He has been a great asset for us, I’m sure when he plays against the Roosters he will give everything that he can, which he does every week.

‘We want to keep Payne here long-term and that’s what we plan on doing.’

cash for cars near me

What are the benefits of using CBG?

What Does it Mean to Be a Concentrate?

Eating Healthy Even When Illness Strikes